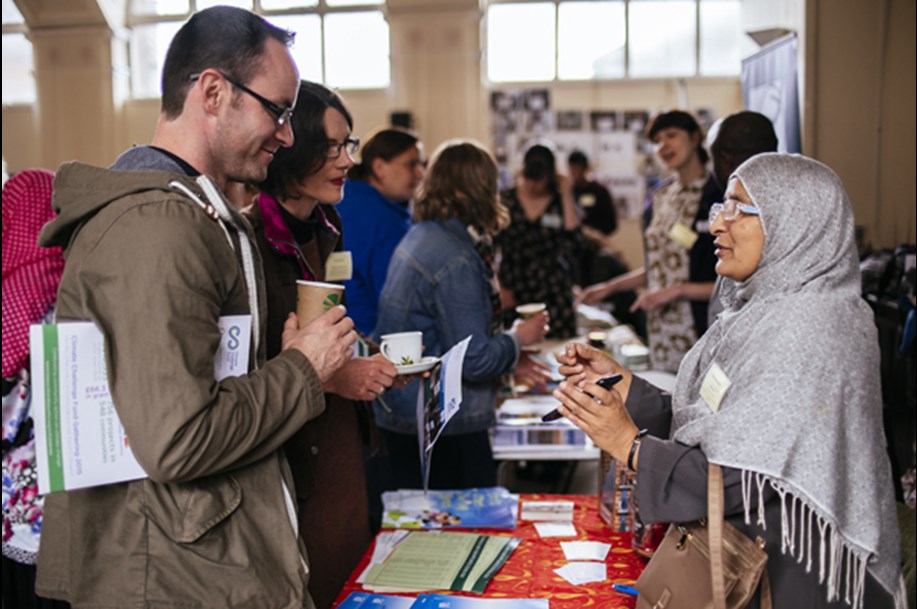 The 2016 Climate Challenge Fund Gathering #ccfcommunity will take place on 4 October 2016 at Dynamic Earth in Edinburgh.

Keep Scotland Beautiful organises the annual Climate Challenge Fund (CCF) Gathering to celebrate and showcase the significant efforts of Scotland’s communities in contributing towards Scotland’s efforts to build a lower carbon future. The event also provides opportunities for CCF grant recipients to make new connections to support them in their climate change action. The event attracts up to 200 attendees of CCF grant recipients and community-led organisations from across Scotland, and is well worth attending, especially for those interested in CCF funding.

SCCAN will be at the conference giving a talk on our recent collaborations in Malawi. We will also be at the interactiveclimate change exhibition at Dynamic Earth. It is open for visitors 1-3 October and will form the marketplace of the conference on the 4th. David, SCCAN steering group member, says: “The CCF Gathering is a tremendous opportunity for community organisations actively campaigning / advocating for local action on climate change to meet together and swap ideas.  Recommended for groups thinking of getting involved too!”  Hope to see you there!

Plenary sessions include a return of the popular Climate Snapshots session where six community groups present for six minutes on their completed Climate Challenge Fund project, followed by a community panel discussion. We are also delighted to welcome professional storytellers Alette Willis and Daniel Serridge who will be presenting a vision of a Low Carbon Scotland and telling a story of how Scottish communities might play a role in its creation.

Conference attendees will be able to select two workshops from a choice of five which cover topics including carbon literacy, climate justice, networking, climate conversations and links and relations between community groups and public sector organisations.

Here is a brief introduction to SCCAN’s session on climate justice and Malawi:

Drought and crop failure threaten millions with starvation in south / east Africa; but in January 2015 floods devastated Malawi, killing 280 and displacing nearly 300,000 – whole villages swept away. How does this relate to greenhouse gas emissions from Scotland? Might we face similar weather-related disasters?

Climate Action Fife are launching an exciting eco-friendly children’s competition with a number of exciting prices! For a chance to win, entrants should share their ideas for their dream eco-holiday.

Entries must be received by 28th February 2022. https://climateactionfife.org.uk/get-involved/big-green-dream-holiday-competition-ages-10-14/

You can donate by credit card or PayPal.